His name was “Ronald Read, a Vermont gas station attendant and janitor, invested in recognizable names when he amassed an $8 million fortune . . .” 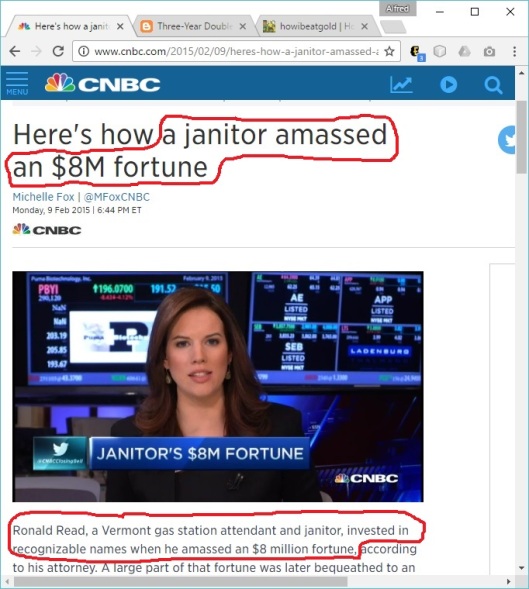 CNBC went on to explain that “to reach Read’s $8 million fortune, . . . investors would have to invest about $300 a month at an 8 percent interest rate over 65 years. ” 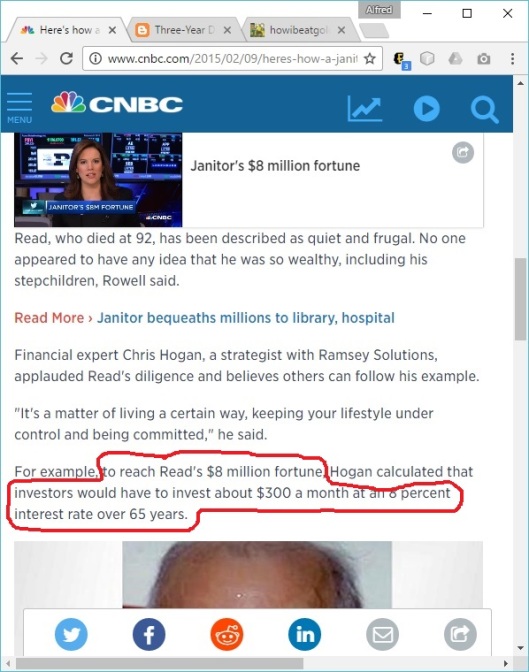 All this shows that Robert Read was very smart and systematic with money, especially for a janitor.  He was also lucky enough to live to the age of 92 and watch his investments grow for 65 years.

But could Robert Read have done better?

My point is that the yearly return you get on your investments matters a lot. Robert Read “invested in recognizable names” that paid dividends.  I think investing in recognizable names was Read’s biggest mistake.  Names that people recognize are the first names that people buy and bid up in price, so recognized names are impossible to buy cheaply.  In order to get the highest returns, investors need to buy UNRECOGNIZED names with zero debt, high inside ownership, and market capitalizations low relative to tangible net asset value.  Appreciation in the share prices comes IN THE PROCESS of the market recognizing the name.

And buying into companies that pay dividends is not such a bad idea, but it is if the company gets the money for dividends not from operating profit, but from borrowing.